YOU'VE A LOT OF REASONS

Charity run is a resource development method that has been successfully used to support NGOs (non-governmental organizations) all over the world. While the amount of donations collected in one year with this method in the USA was USD 1.5 billion, the amount of donations collected through more than 30 thousand people in just one major marathon run exceeded 50 million British pounds. 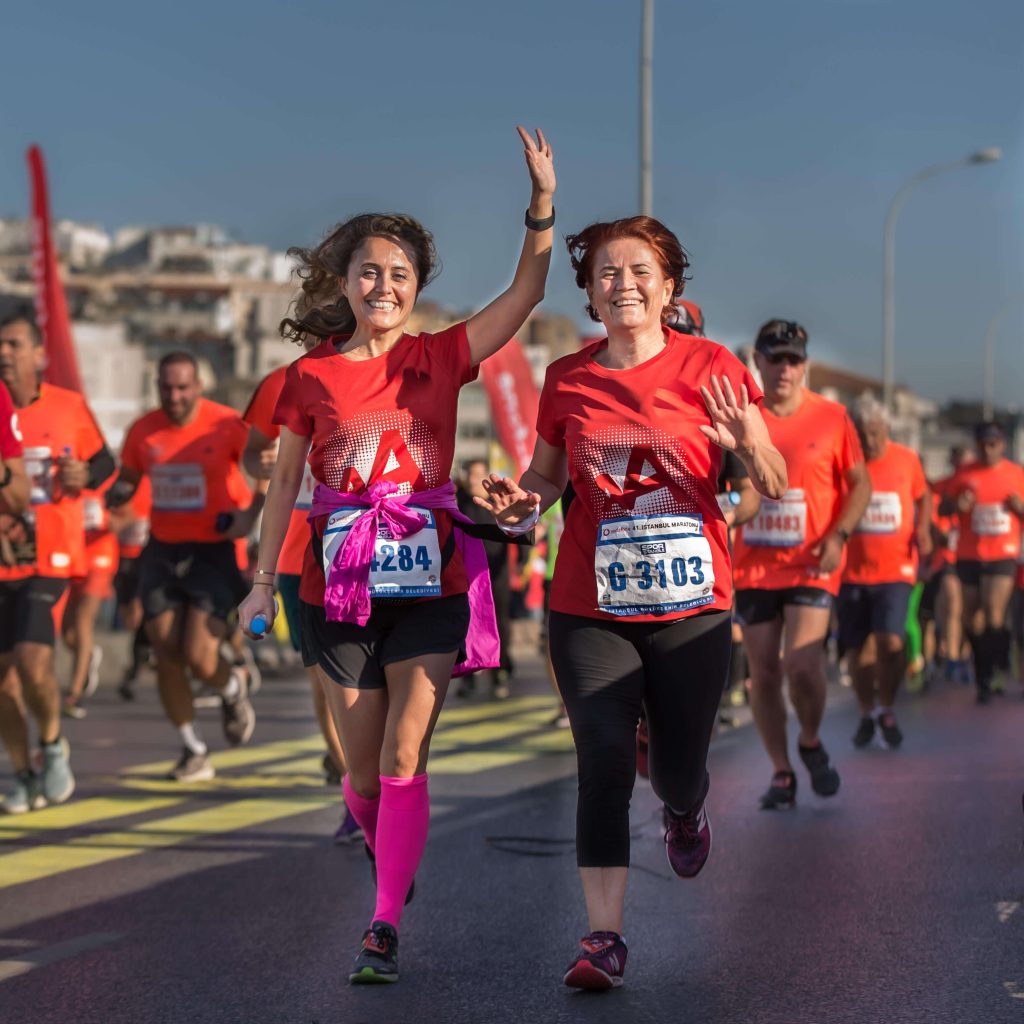 Turkey, which was first announced by Step formation in 2008 and popularized by the collective charity runs the campaign 75 thousand donations have been collected for a single NGO, Step by Step-site availability donations to develop resources through charity runs in Turkey area / getting prepared associations and foundations ( The number of NGOs) has reached 80 today and the amount of donations made to associations and foundations in just one run (41st Istanbul Marathon) exceeded 17 million TL.

Donations made during the charity run campaign are directly transferred to the NGO’s official bank / credit card account opened for the relevant project.

Charity run isn’t just about donations. At the same time, you will announce to your social circle a purpose that warms your heart, that you wish to dissolve and which you want to attract attention. This also means that you are taking on a kind of ambassador role for the NGO you are running for charity. In short, besides donation, you provide awareness and contribute to the solution of the problem. Since March 2008, charity runners have sought favors for the projects of more than 50 non-governmental organizations in the Pursuit of Goodness Platform and collected more than 75 million TL from more than 600 thousand donors. Step Step is a pioneer in transparency and accountability, SPC can be watched instantly of all donations (PURSUIT OF GOOD RUN) PLATFORM -ipk.adimadim.org in Turkey has carried out in this field with another first. 36% of the total individual donations of the NGOs supported by the Adim Adim volunteer runners during the year started to be collected thanks to the charity conditions. The number of registered volunteer runners of Adım Adım has exceeded 83 thousand people as of August 2020 and the number is rapidly increasing. If you want to pursue goodness in the Istanbul Marathon, it will be sufficient to visit ipk.adimadim.org and send an e-mail to iyilikpesindekos@adimadim.org if you have any questions. NUMBER OF ACTIVE NGOs: 80 NUMBER OF VOLUNTEER RUNNERS AS OF AUGUST 2020

The amount of donations made to associations and foundations in the 41st Istanbul Marathon in 2019, in just one run

As of December 2019, the number of registered volunteer runners of Adim Adim. The number is increasing day by day.