We are happy to announce that the N Kolay İstanbul Marathon will be a part of the qualifying races for the 3rd Abbott World Marathon Majors Wanda Age Groups ranking series.

The AbbottWMM Wanda Age Group Qualifying Races are a truly global challenge throughout the year, giving runners around the world the chance to be a part of a new age group race.

Those who ran in the Istanbul Marathon on November 6, 2022, will be able to participate in the AbbottWMM Wanda World Championship, which will be held in 2023, if they collect enough points for the finals.

The World Championship will take place in 2023 in one of the Major Marathons and the host city will be announced in mid-2022.

The N Kolay Istanbul Marathon will take place on November 6, 2022, and the athletes who rank here will be eligible to participate in the AbbottWMM Wanda age group qualifying races in 2023.

For more information visit “How It Works” on the Abbott World Majors website.

Runners aged 40 and over must be in the following rankings in the World Age Groups Ranking, which will be based on the points they have achieved in at most two qualifying marathons between January 1, 2022 and December 31, 2022: 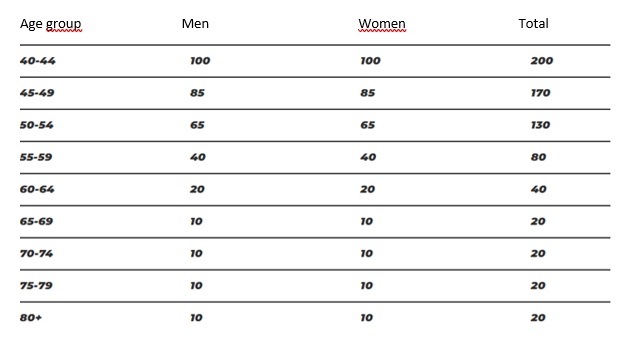 Those who run only one race are included in the ranking with the points they got in that race. Those who run more than two races are judged by the two races with the most points.

The highest score that can be obtained in a race is 4000. Athletes who run faster than the “platinum degree” indicated in the table below in the N Kolay Istanbul Marathon and get the first place in their age group get 4000 points. 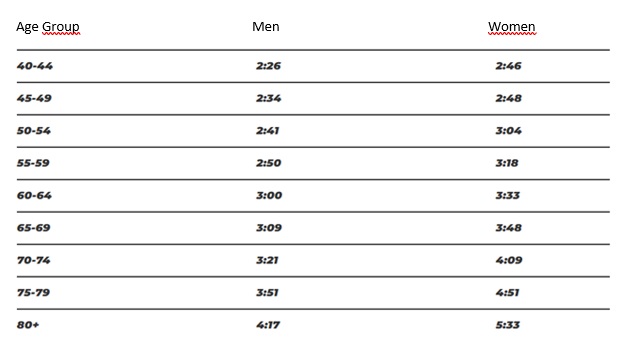 (The runner who takes the first place in any of the World Marathon Majors races – Tokyo, Boston, London, Berlin, Chicago, New York marathons – is awarded 4000 points, regardless of rank.)